From Shopping to Anime, Ikebukuro’s Got It All

Some travel guidebooks used to advise tourists to skip Ikebukuro, because what you can see there, you can also find elsewhere. I wonder if they’re still saying the same things now, as Ikebukuro certainly also has its own charm. It combines the commercial atmosphere of Shinjuku with the otaku-oriented feel of Akihabara. We’ve managed to satisfy a group of tourists with different interests – anime, fashion, and electronics – by taking them to Ikebukuro.

Ikebukuro’s centers of activity are the East and West districts, both of which have distinctly different ambiances. The West area is generally quieter in the daytime, but it comes alive at night with its many restaurants, karaoke centers, and izakayas. The East area, in contrast, is bustling all day and night, with numerous shops and restaurants.

Ikebukuro’s two main department stores are Tobu and Seibu. If you know Japanese, you’ll find it ironic that Tobu (which has the kanji for “east” in its name) is at the West Exit, while Seibu (which has the kanji for “west” in its name) is at the East Exit. Both department stores have entrances inside Ikebukuro Station, so they’re very convenient to get to. Other popular department stores Marui (a.k.a. 0101) and Lumine are also just a few minutes’ walk from the West Exit. Next to the east exit is Parco. Keep an eye out for free samples in the food areas.

If these big department stores are too pricey, head over to the East Exit. Sunshine City and the road leading to it, Sunshine-dori (which translates to Sunshine Street), have some cheaper options. They’re not flea market-cheap, but clothes and shoes there can be more affordable. For instance, some women’s clothing shops in Sunshine City have cute, fashionable tops that sell for about 2000 yen, and they can go as low as 1000 yen on sale.

Clothing aside, Sunshine City is also home to Daiso, the famous 100-yen shop, and 3 Coins, where all items are 324 yen. A 8-storey Tokyu Hands, a DIY and crafting shop, is next to Sunshine City.

Bic Camera’s home turf is Ikebukuro, so don’t be surprised that it has several branches there, mostly clustered around the East Exit. Some branches only sell cameras and related equipment, while others offer a wide range of electronics. Its rival, Yamada Denki, also has a presence in the form of the LABI store near the East Exit.

The Tokyo Metropolitan Art Space near the West Exit has theaters and a concert hall. Occasionally, you can also see performances in front of it and at the adjacent West Gate Park.

In September and October, Ikebukuro celebrates the two-part Fukuro Matsuri, which has a mikoshi(portable shrine) procession and a yosakoi (a Japanese dance distinguished by the use of clappers) contest. This festival takes place in various locations around the West Exit, and the main street, Azalea Dori, is blocked off for performances.

Sweet Dreams Are Made of These: A Guide to Hong Kong’s Street Food – read more
Hong Kong Cheapo

For animation lovers, Sunshine City has a Disney Store and MOE Garden, a shop with a wide selection of Studio Ghibli merchandise. Meanwhile, Pokemon fans will be delighted to know that the Pokemon Megacenter, the largest Pokemon Center in Japan, can be found in Sunshine City. 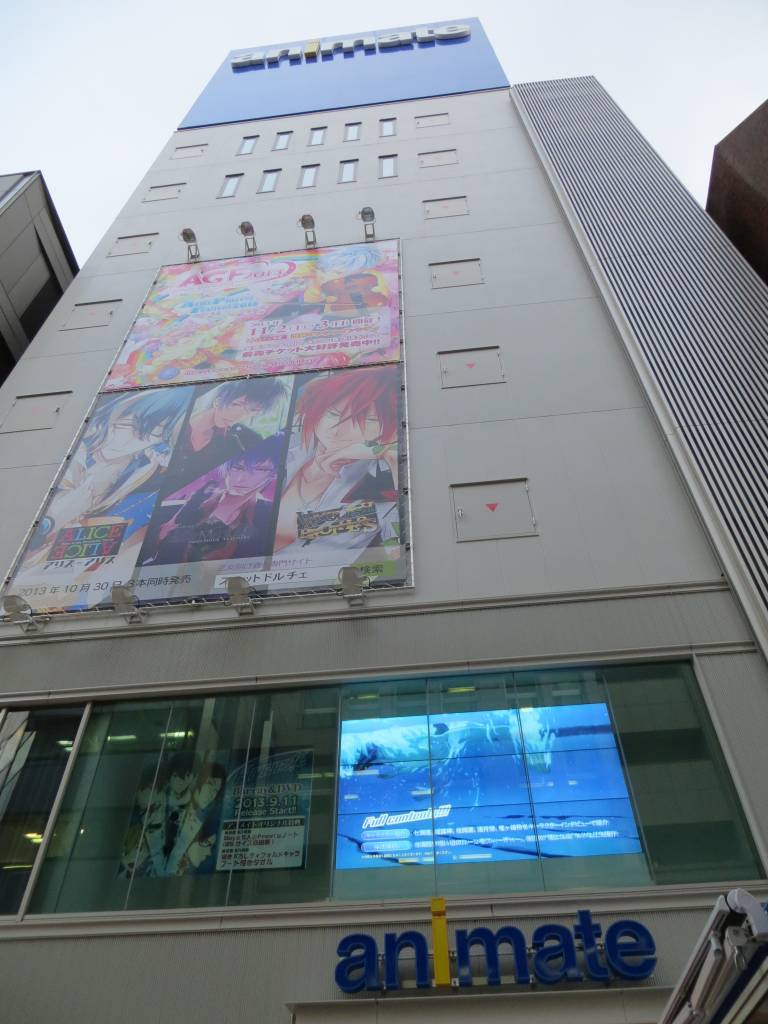 Although overshadowed by Akihabara, Ikebukuro also has a reputation for being an otaku hub. A popular notion is that Akihabara is for men, whereas Ikebukuro is for women, because many of Ikebukuro’s anime and manga merchandise shops focus on BL (boys’ love) and yaoi. This is why a certain shop-lined road across Sunshine City is called Otome (Maiden) Road. Don’t let the name put you off, though; Ikebukuro is a great place to shop for anime, manga, and cosplay merchandise regardless of gender. Some of the shops along Otome Road are K-Books, which has separate branches for doujinshi (fan comics), secondhand merchandise, and cosplay; Lashinbang, a secondhand merchandise and cosplay items shop; and Mandarake, a doujinshi shop. The 9-storey flagship store of Animate, an anime/manga merchandise chain, is also located in East Ikebukuro, on a street perpendicular to Sunshine-Dori.

Cosplay events are also held in East Ikebukuro every now and then, so you might get lucky and see some cosplayers around Sunshine City on certain weekends.

Not interested in shopping? No worries; Sunshine City’s got you covered with its other attractions. It houses a planetarium, observatory, an aquarium, and a small indoor amusement park called Namjatown. What’s interesting about Namjatown is that it has a gyoza stadium where you can try all sorts of variations on gyoza: gyoza with shrimp, gyoza so long that it resembles a coil rather than a dumpling, and more (though this area may be closed for renovations). It also has a dessert alley where you can try odd flavors of ice cream, such as shrimp and curry.

Ikebukuro also has some animal cafes. Cat lovers should head to Nekobukuro on the 8th floor of Tokyu Hands, where you can watch cats frolicking for 600 yen. Nekorobi, near Sunshine City, is another popular cat cafe, which costs 1100 yen for the first hour, and 300 yen for succeeding hours. There’s also a newly opened rabbit cafe called Usabibi, which is near the West Exit.